After evaluating your bail condition and sharing payment options with you, Steven Mehr Bail Bonds will create your custom payment plan to help you achieve the freedom you need to go on with your life.

Did you know we are one of the oldest bail bond companies in California? Our bail bond company comes from a lineage dating back to 1927. Knowing this you will know service and reliability is our priority. 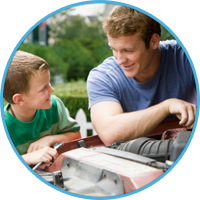 Don’t let bad decisions hold you back any longer, take control of your life! We offer affordable payment options and we guarantee our bail rates to be the lowest allowed by law.

CALL NOW FOR A FREE CONSULTATION

Do Not Be Fooled
By Dishonest Bail
Bond Companies

Customer service is our #1 priority

Our California Department of Insurance License#: 1845689

We are one of the most reputable agencies in the business and have provided a family owned and operated since 1927. Our legacy in the bail industry spans 4 generations and being a family business our goal is to help you and your family during this difficult process. With our large network of agents and our ability to stay proactive on any new technologies, we can immediately service all jails in California. Proudly we are members of the Better Business Bureau. Our professional bail bondsmen are available for free consultations 24 hours a day, 365 days a year.
Call us toll free at 800-834-8522.

Steven Mehr & Scott Mehr Bail Bonds was created in 1976.  It is a family owned company that has been servicing Orange County with bail bond related services for over 30 years.  Both Steve and Scott Mehr were trained by their father, Don Mehr, who started his bail bond company in 1954.  Additionally, their father was introduced to this industry by his father, Ernie Webb, who was one of the first bail bondsmen to start an agency in Orange County back in 1927.  The three generation of bail agents in this family show the deep roots this company has in Orange County.